The concert in Yaounde on June 16, 2019 was an opportunity to meditate on the stories behind these timeless songs.

Jubilee Praise Team on June 16, 2019 held its fourth “Hymns Hour” at the Redeemed Christian Church of God in the Fouda neighbourhood of Yaounde. The free concert was attended by about 700 people. The live worship saw the participation of Claudia Buma-kor, who has almost 50 years in gospel music, and the Triumphant Faith Ministries International Choir. Started in 2016, “Hymns Hour” is held once a year. Jubilee Praise Team was founded on May 10, 2010 on the occasion of the celebration of Cameroon’s 50th anniversary of reunification. Paola Koum Dissake, Jubilee Praise Team Communications Officer, said “Hymns Hour” was informed by the fact that behind each hymn, there is a story about the composer and the circumstances under which the song was written. “It is better to sing the hymns with understanding and meditation on such stories,” Claudia noted.

Some 18 hymns were performed at the concert by Jubilee Praise. They included, “The Blood,” “How Great Thou Art,” “There Is A Fountain,” “Because He Lives,” “My Faith Has Found,” “Quel Beau Nom!” and “Le Nom de Jesus,” “There Is A Name” and “My Jesus I Love Thee.” Others were “There’s Not A Friend,” “In The Cross,” “I Need Thee Every Hour,” “Instruments Of Peace,” “Ne Crains Rien,” “Standing On The Promises.” Last January, Jubilee Praise Team celebrated the birth of a New Cameroon. “We have continued in this spirit because we want to see things with the eyes of God – different from what the enemy wants to present,” Paola Koum Dissake explained. In the meantime, the group is working hard to celebrate its 10th anniversary in January 2020. “It will be an unforgettable event. This is why we are announcing it six months in advance in order to prepare partners and sponsors,” Dissake added. In the past 10 years, the gospel group has held calendar activities regularly and produced a number of “patriotic songs.” It has also promoted Cameroonian cuisine, culture, and the sense and love for nation by sporting the national flag - “which was not common previously.” Visits have also been made to prisons and orphanages. “Cameroon is going through tough times, but Jubilee Praise Team believes that through praise and worship, the Lord can still do something,” she concluded. 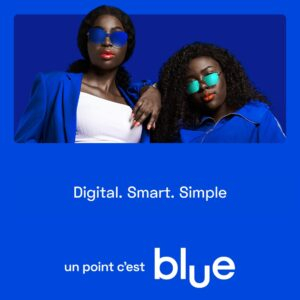