Hayatou In The Portrait Of A Statesman

The former Cameroonian Prime Minister was laid to rest on August 13.

Sadou Hayatou, one of Cameroon’s celebrated Prime Ministers bowed out in a hospital in Geneva on August 1, 2019 at the age of 77. Born on February 15, 1942, the statesman was from the Garoua Royal Family and served Cameroon as Prime Minister and Head of Government from April 25, 1991 and to April 9, 1992.

His rise to the post of Prime Ministerwas the pinnacle of his career; one marked by laudable services rendered to fatherland.

He was a graduate from the Institut des Hautes Étudesd’Outre-mer in France. His first appointment upon his return to Cameroon in 1967 was to the post of Deputy Director in the Ministry of Industrial and Commercial Development where he later on became Director.In February 1969, he was integrated into the civil and financial services of the state with the rank of Civil Administrator. By 1974, he was sent on detachment as Deputy Director Generalof the defunct Banque Internationale Pour le Commerce etl’Industriedu Cameroun, now known as BICEC. He became Director General of the bank two years later.

The appointment of the departedas Prime Minister in 1991 coincided with the introduction of multiparty politics in the country.He oversaw the October 1991 Tripartite Conference at the Yaounde Conference Centre; an initiative of the Head of State, President Paul Biya, that brought together 300 representatives from political parties, government, and members of the civil society to examine sociopolitical crisis in the country and proffer solutions.

He left the star building and was appointed National Director of the Bank ofCentral African States, BEAC where he served from March 1993 to January 2008. The deceased was honorary member of the CPDM Central Committee until his dying day; respected and honoured by citizens of all walks of life.

Little wonder therefore that he was given a funeral befitting of one who gave the nation everything he had.

Before being laid to rest in the Garoua Royal Family cemetery, Sadou Hayatou was posthumously elevated to the rank of Grand Cordon of National Merit, after having being honoured with an official funeral decreed by the President of the Republic.

Encomiums for the deceased started trickling in upon the arrival of his mortal remains at the Yaounde Nsimalen Airport when about ten police officers lowered his casket in the presence of family members, friends and state personalities who were visibly heartbroken.

The highly respected Muslim religious leader, the Imam of Essos in Yaounde, El HadjModiboIbrahima said a prayer. The Minister of Territorial Administration represented President Paul Biya at the airport and so did he at every stage of the funeral.

Late Sadou Hayatou’s corpse was taken to Garoua on a special flight at the behest of the Head of State on August 13.Eight personalities read emotion-filled messages at the official funeral before the dead was buried in the Royal Family cemetery in Laïndé.

David Embé, Senior Divisional Officer for Bénoué Division, read a condolence message from President Paul Biya to the wife of the deceased, Pierrette Aïcha Hayatou, who is a CPDM Senator.

The Head of State said in the letter that he personally knew him and trusted him. He praised his republican nature, human qualities and competence and stated these are the qualities that permitted him to lead a brilliant career.

Grégoire Owona, Minister of Labour and Social Security who was a friend of the deceased spoke of him as a man of great intellectual and moral qualities. Professor Hassana Iya, said he was fundamentally simple, open and listened to people whose problems he often solved .Professor Pierre Moukoko Mbonjo who worked with the late statesman at the Prime Minister’s Office, equally lauded his human qualities and highlighted the role he played to reinstate national cohesion in the 1990s when the country was going through turbulent times.

Benjamin Itoé, who served alongside him as member of government said he was humble, loyal to state institutions and of remarkable integrity.Robert Bapooh Lipot, Secretary General of the UPC, equally showered praises on the departed, before leaving the floor to the Head of the CPDM Permanent Delegation for the North Region to read the condolence message of the CPDM Secretary General.

Minister AtangaNji on behalf of the President of the Republic, decorated the departed with a medal of Grand Cordon of National Merit while the Grand Imam of Garoua, Djafarou said a prayerbefore the corpse was taken to the family graveyard were it was laid to rest.

The former Prime Minister currently resides in the world beyond, but his works are still very much alive in the hearts and minds of Cameroonians.

Technical Bench, in Search Of Stability 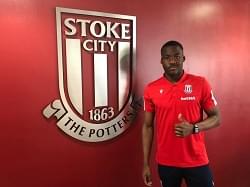