Youngsters in New York, Berlin, London and other major cities worldwide took to the streets Friday September 20 to call out world leaders slow to act against climate change.

Millions of people poured out on the streets of major cities in the world last Friday to protest against some world leaders and policy makers perceived to be slowing down the fight against climate change - a crisis which according to Antonio Guterres, United Nations Secretary General, threatens everyone and everything.

The youth-led global protest took place in major cities around the world like Melbourne, Washington DC,San Francisco, Mexico City, London, Berlin and New York, among others. Millions of children skipped school to take part in the protest referred to as “climate strike”.

They were joined by by adults who equally skipped work, like employees of Google,Twitter and Amazon to demand immediate action from stakeholders to turn the tide. They carried placards with intriguing messages, some of which read, “ If not us, who? If not now, when?,``''Let’s raise the bar, not the temperature,``''Act Now,``''Denial is not a policy,``''If the earth was cool, I'd be in school,``''Climate crisis won’t wait, neither will we,``''Dear policy maker, pass green or we vote you out,``’Sorry mom, I cannot give you a grandchild on a planet that is dying,”''Make the earth cool again,” and “Be part of the solution, not the pollution,” among others.

One of the key speakers of the demonstrations at The Battery Park in New York City was Sweden 16-year old teenage environmental activist, Greta Thunberg. The internationally acclaimed Nobel Peace Prize nominee named 2019 Most Important Woman in Sweden, started her speech by thanking everyone who came out to take part in the protest. She said, all the continents on the globe are taking part, “even antarctica.” Going by Greta’s list, at least 4 million people marched; Berlin alone recorded more than 1.5 million protesters while 250,000 people were part of the non violent strike in New York City.

“We are united behind the science, we will do everything in our power to stop this crisis from getting worse, even if it means skipping school or work, because this is more important,” she stated, questioning why children should study when the future is being taken away from them.

“If you belong to that small group of people who feel threatened by us, we have some very bad news for you, because this is only the beginning. Change is coming whether they like it or not. “We will make the world leaders act. We can, we will,” she stated firmly.

As she spoke, some protesters fainted apparently due to the heat of the day. Organisers charged who provided medical aid to them, charged people were passing out due to dehydration and gave direction on how they could get water on the protest ground.

Commenting on the involvement of youngsters in the fight against climate change, UN Secretary General stated in a press conference in New York September 18 that “young people are leading the debate and they are absolutely right to press us to do better and to “unite behind science ``''. 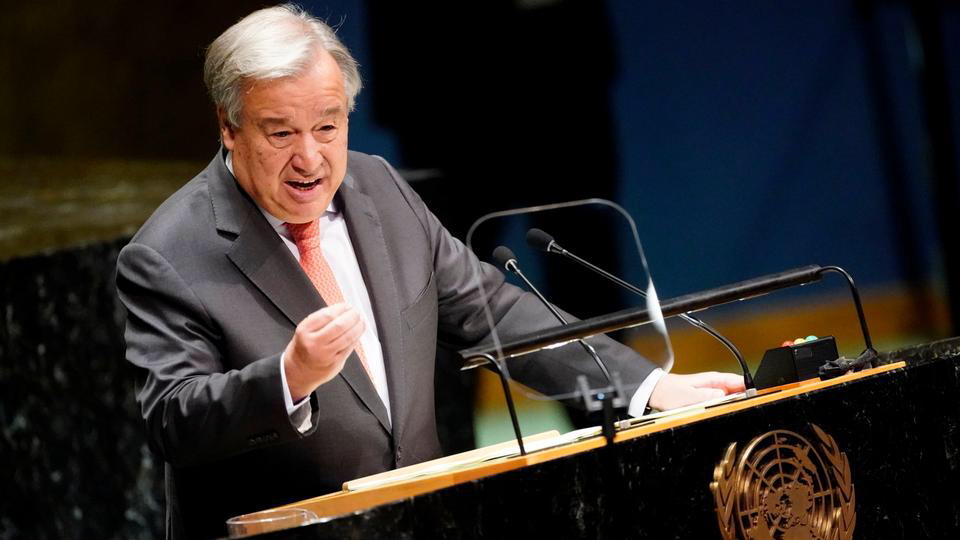